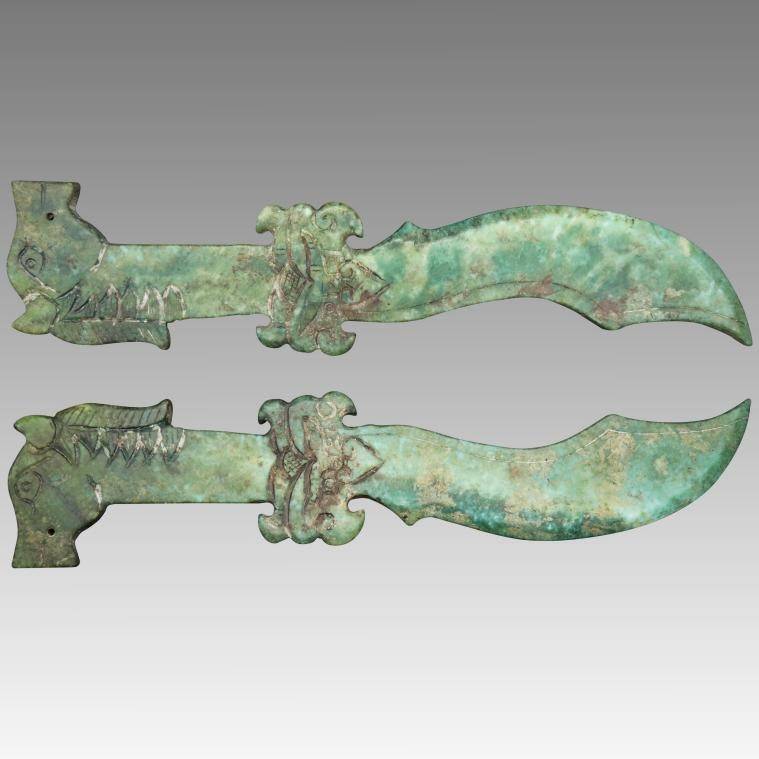 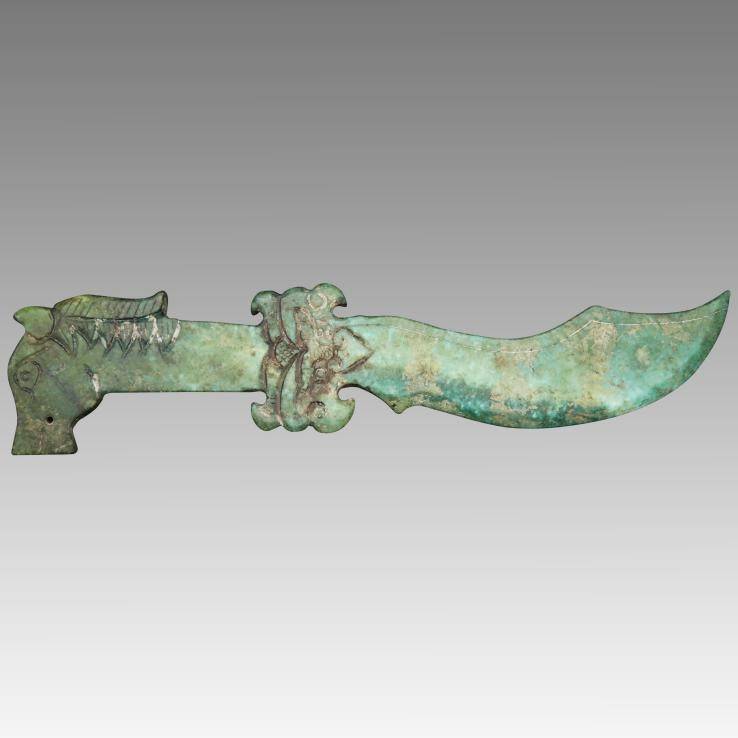 The jade culture in our country has a long history. As early as the Neolithic Age, jade articles were processed for ritual sacrifice, production and living. Jade wares of Hongshan culture in the north, Liangzhu culture in the south and Lingjiatan culture all have rich cultural connotations. They are not only of various types and regular shapes, but also have exquisite processing techniques, which are amazing. Entering the Xia, Shang and Zhou phases of the class society, jade wares were paid more attention to by the upper class society and even became one of the symbols of aristocratic status. After Han Dynasty, jade wares still occupied an important position in people's daily life. It can be said that the love for jade wares has been in the same strain from ancient times till now and has never stopped. The collection and research of jade wares have always been accompanied by it and have always been valued by people. 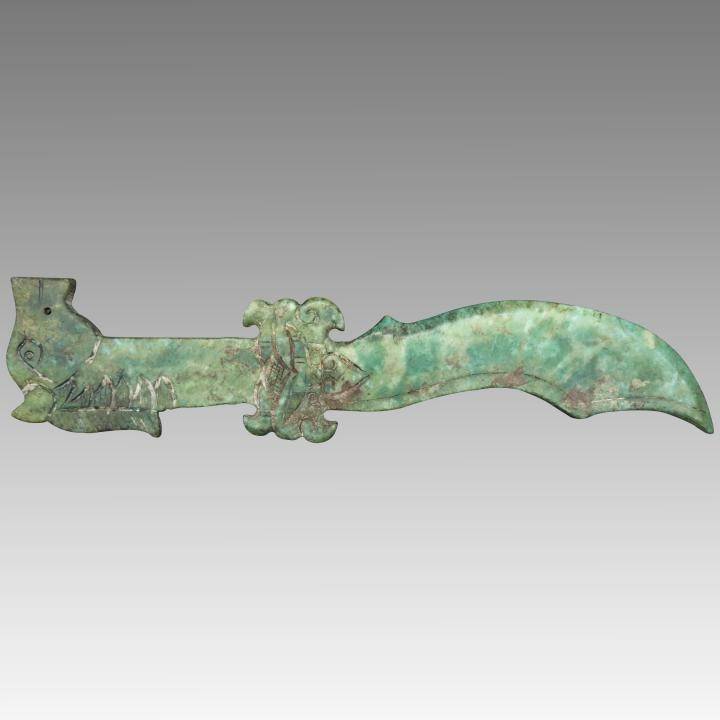 Jade Dao was born out of stone Dao. Rectangular and porous shape is more common. At present, most jade Dao reported belong to Neolithic Age and Xia Dynasty. Jade Dao, as a ceremonial tool, was popular in Erlitou culture in the Xia Dynasty. It is not only a symbol of power but also a symbol of harvest. Ritual utensils are used in ritual activities such as sacrifice, banquet, diplomacy and military service, and are endowed with special meaning. The so-called ritual objects are hidden in utensils. Jade as a ritual jade knife, there are roughly two shapes, one is a flat rectangle, one side is the back of the knife, one side is the blade; The other is made in the shape of a handle. The common decorative patterns in jade knives include reticulate patterns formed by straight lines crossing and human or animal facial patterns representing some symbolic meaning. The more delicate ones are also engraved with decorative patterns or inlaid with jade and other decorations. Jade knives in the middle and late Shang Dynasty were mostly pewter, slightly curved and ornate. The back of the knife was decorated with continuous convex teeth and the surface of the knife had complex decorative patterns.

This jade knife conforms to Erlitou culture of Xia Dynasty. The jade material is dark green with yellow ooze in some parts. There are a total of 12 jade knives. The head of the knife is carved with the animal head of the 12 zodiac animals. This is a horse head jade knife. The overall shape is flat and long with narrow front and wide back. The handle has a narrow width and a sharp tail. The whole body is warm, moist, delicate and elegant. After thousands of years of baptism, the carved lines of the jade knife are still clearly visible, the horse head is lifelike and natural, and the handle figure is graceful and round. It is a rare treasure in the world and has great collection value and cultural research value.